Pendants are easy to wear, always elegant and perhaps the most personal piece of jewellery you will wear, being as it is, so close to the heart. Exquisitely designed for special occasions, our unique hand-crafted Celtic pendants are based on Celtic and Irish symbols.

All of our gold and silver handmade pendants come with their own Sterling silver chains and extra-protective luxury packaging. Handmade in Ireland and shipped worldwide. 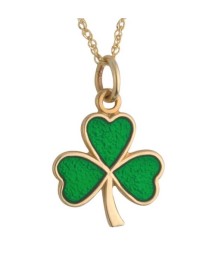 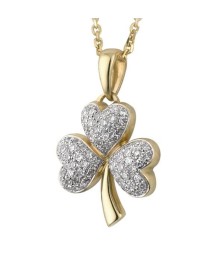 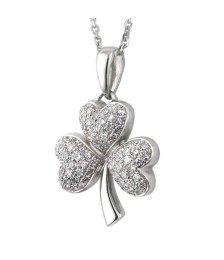 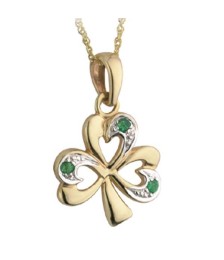 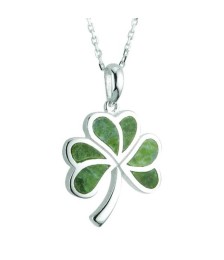 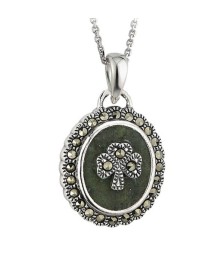 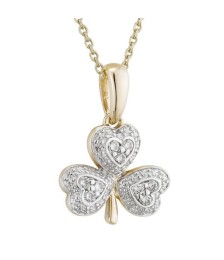 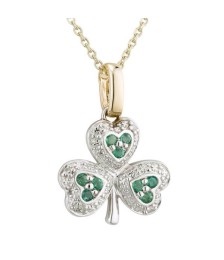 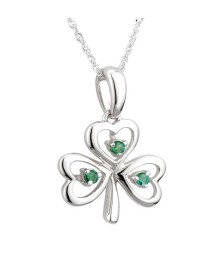 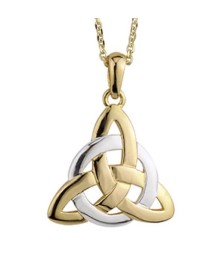 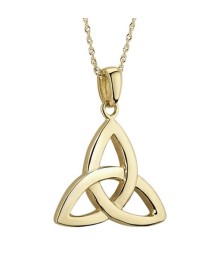 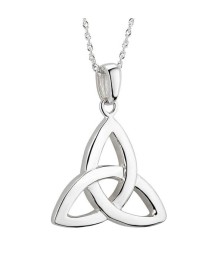 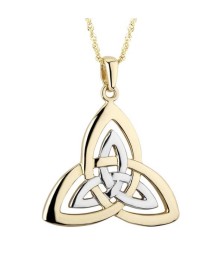 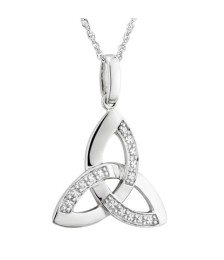 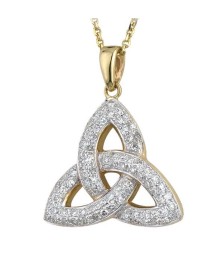 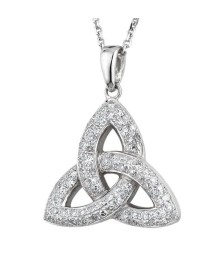 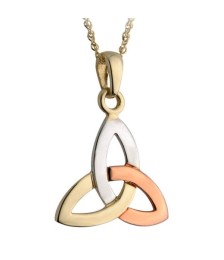 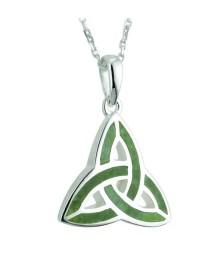 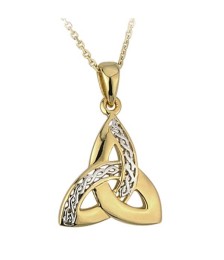 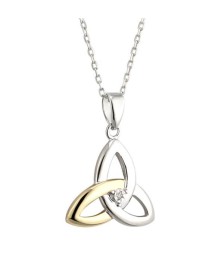 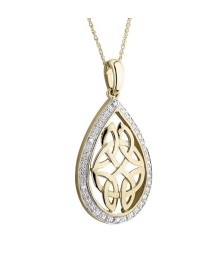 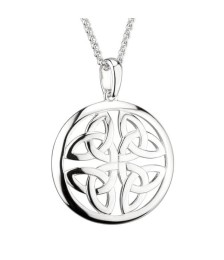 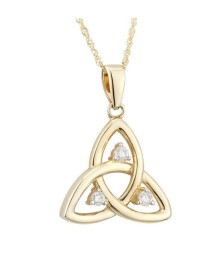 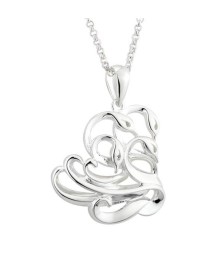 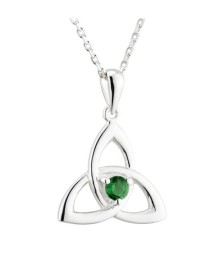 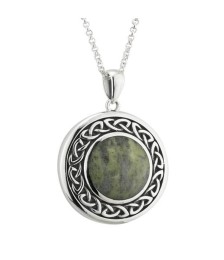 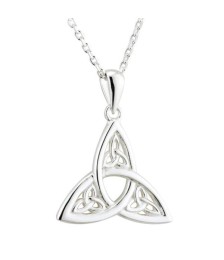 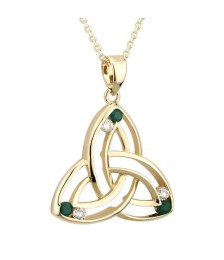 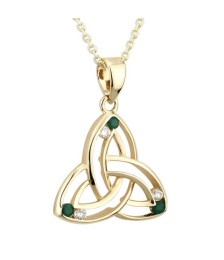 Similarly, the Celtic knot motif has been a part of Celtic culture for hundreds of years. While the historical meaning of the endless loops in traditional Celtic knots may be lost, this design has come to signify eternity, love and the circle of life. The Celtic knot is one of the most popular motifs in Celtic jewelry and artistry.

When it comes to the Celtic pendants, necklaces and rings in our collection, we believe you’re not just wearing jewelry; you’re wearing a little piece of history. The various Celtic designs we have on offer all carry their own unique symbolism and it is fun to learn more about the motif you just purchased.

In a number of ancient cultures, jewelry was seen as a powerful object that contained and protected the energy of the wearer and it seems as if the Celts had this connection to the jewelry they wore. While the metal used to create the jewelry could help signify the class and wealth of the wearer, it was the designs themselves that really held meaning. Below, we look at the symbolism of some of the Celtic jewelry in our collection.

According to the Celts, the Tree of Life (also known as crann bethadh) symbolized balance and harmony. For them, the Tree was a representation of how life in Earth and Heaven were interconnected. The branches grew upwards towards heaven, the roots descended into the underworld and the trunk stayed on Earth and managed to unite the branches and roots.

Whenever the Celts cleared land, they left one giant tree in the center of fields. It was common for them to hold meetings and even elect their chieftain under this tree. They believed the tree had the ability to look after all life because it provided people and animals alike with shelter, food and even medicine.

Some Celts even believed they came from the trees and saw them as living things. Indeed, the trees that protected the land were even deemed to be doorways into the spirit world. Cutting down the Tree of Life was one of the worst crimes any Celt could commit but chopping down an enemy’s tree was hailed as a success.

It’s said that St. Patrick used the shamrock to help teach the Irish natives about Christianity when he arrived in Ireland in AD 431 (this is a widely accepted date though scholars are not in full agreement). It represented the Father, Son and the Holy Spirit; otherwise known as the Holy Trinity.

However, the Celts also revered the shamrock because of their own obsession with the occurrence of three’s. You can see evidence of this in the wide range of Celtic symbols that are related to the number ‘3’ such as the triple spiral, triquetra and triskelion. The shamrock was also a major food source for the livestock of the Celts so it also became associated with nurturing and abundance.

Animals have a number of attributes that caused them to be considered strange by the Celts; yet this ancient people also desired animal traits such as flying, fast running, great swimming, sharp hearing and remarkable strength. When you see a Celtic design where humans and animals are joined by a knot, it is a representation of how humans rely on nature. The Celts had different meanings for animals including:

Also known as the ‘triquetra’, the Trinity Knot is arguably the most famous of all Celtic knots and like the rest, it is made up of a single continuous line. This of course symbolizes eternity as the knot has no beginning or end. According to the Celts, all of the important things in the world came in threes. Examples include the three domains (the sky, earth and the sea), the three stages of life and three elements.

As the Trinity Knot was such an ideal fit for the Christian belief system, it became widely used in Christianity as it represented the Father, Son and Holy Spirit. In the modern era, neopagans use the Knot to represent the Three Stages of Motherhood; also known as Maiden, Mother & Crone.

If you look through our collection of pendants, necklaces, rings and other Celtic jewelry, you’ll find all of the above designs and more.

Our collection of pendants feature numerous designs of common Celtic motifs as well as symbols like the shamrock, the horseshoe and the Celtic circle. They are all available in silver, yellow gold and white gold and come with exquisitely detailed chains to match. Whether you are looking for a gorgeous pendant to add to your own jewelry collection or that perfect gift for a loved one, you are sure to find what you are looking for in our extensive collection. Browsing through you will see that our designs honor the centuries old Celtic heritage while offering the attractiveness of contemporary designs.

A Celtic pendant is an elegant piece that should be a staple in every woman's jewelry collection. With a wide variety of Celtic designs to choose from, we are sure to have the hand crafted necklace that is the perfect fit for you. The beauty of owning a piece of Celtic jewelry not only lies in its elegance, but also in its sentiment. Choosing which Celtic symbol means the most to you is an extremely personal, heart warming process.

Do you want to represent your religious beliefs by wearing a trinity pendant? Do you want to convey romance by wearing a Claddagh pendant? Do you want to show pride in your Irish heritage by wearing a Celtic knot necklace? These are all questions that you will have to ask yourself while deciding which necklace will be delicately worn over your heart. Our jewelry embodies the convenience of versatile wearability. They are able to gracefully compliment a dress with their refined design, and also enhance a casual look by adding an element of sophistication. This flexibility allows our show stopping necklaces to shine on any occasion.

Not find the pendants you want? Check out our beautiful Celtic Cross collection for something different.