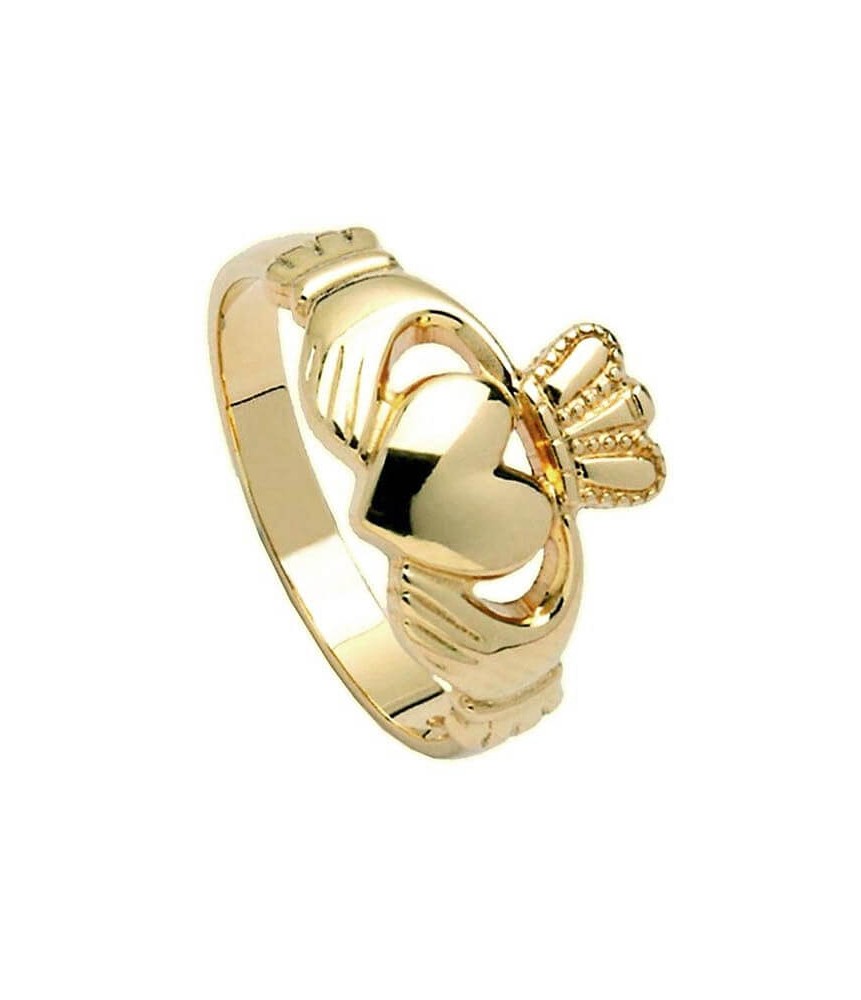 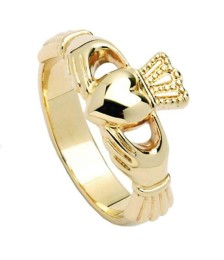 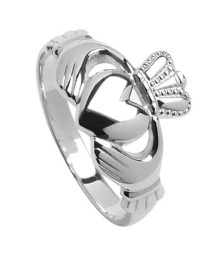 Availability: This product is no longer in stock

The original and probably still the best! The medium Claddagh ring consists of two hands to represent friendship between two people, the crown is to signify lasting loyalty, and finally the heart to symbolize your love for each other. This beautiful handmade Claddagh ring is available in Sterling silver, gold and white gold.

Richard Joyce, from the small fishing town Claddagh that was located just outside of Galway, was bound for one of the Irish Caribbean island of Montserrat. On his way there, the ship he was on was captured by Algierian pirates and sold to a Moorish goldsmith as a slave. During his capture, the goldsmith trained Joyce to develop the skills of his craft.

One of the first acts that the new king, William III, enacted was to send an ambassador to Algiers, who would demand the release of all British subjects that were being kept as slaves. Upon hearing of this news, the Moor, in an attempt to keep Joyce, offered him his daughter in marriage along with half of his dowry.

These things could not entice Joyce to stay, however. He returned to Ireland and married the woman who he had been kept from this whole time. On his return, he presented to her a ring he had made out of gold. The ring was two hands that were holding a heart wearing a crown.

This symbol has come to be a precious one in Irish history. People who wear these rings today show their friendship, love, and loyalty to either someone very important or themselves depending on the way the ring is worn.

Service rating : Good service, fast respond and I got my product just in time. Thanks.
Product : The ring was well made and the ring size was correct. My girlfriend loves it.

Service rating : The order was handled very fast, and it took only a week from the payment till delivery to Ukraine.
Product : The ring looks amazing, very stylish and authentic.

Service rating : Today my ring arrived in time - even earlier than i expected and its really nice, size is good and im very surprised that it was so easy. i will definitely tell my female friends about your shop and i wish you many satisfied customers like i am!
Product : everything was ok, thank you!