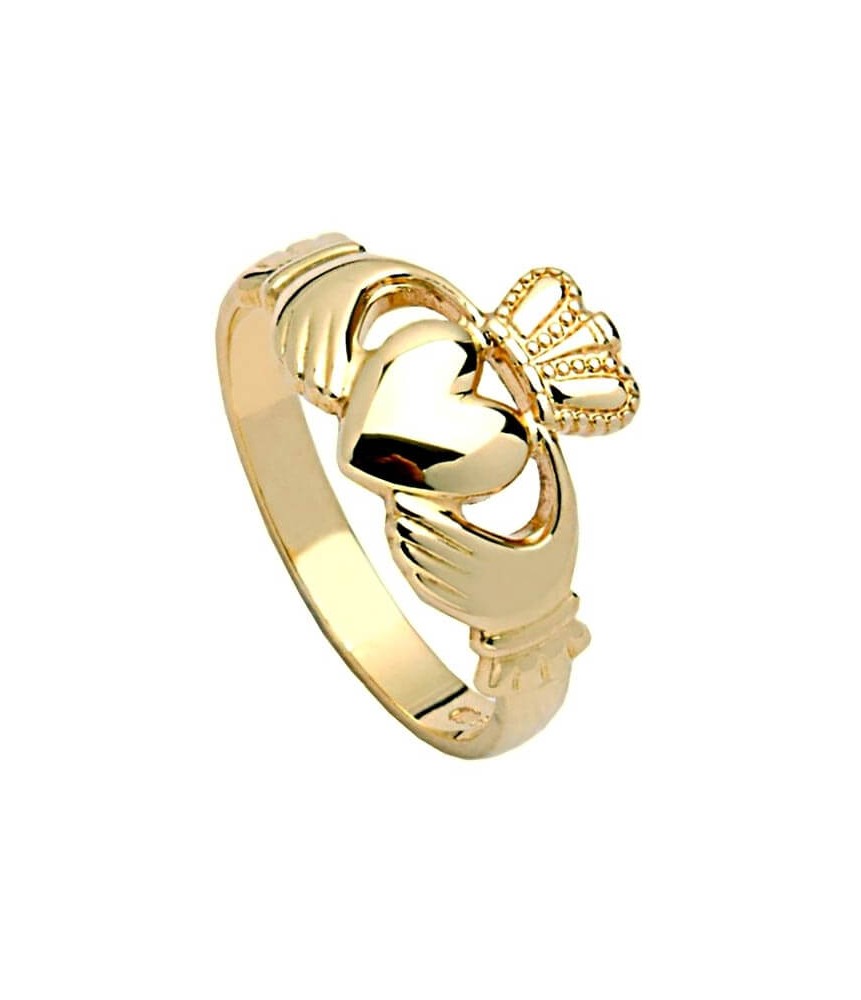 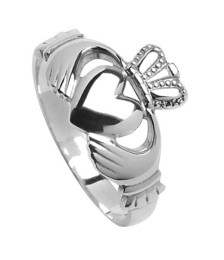 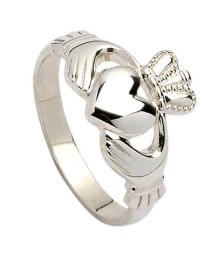 This is the men's Claddagh ring heavy. It's a perfect example of the traditional Claddagh design with all its meaning. The two hands symbolize friendship, the royal crown is said to signify loyalty, while the heart represents eternal love. This elegant hand-crafted ring is available in Sterling silver, 10k and 14k yellow or white gold.

This ring, as with every one we create, will have the hallmark of the Dublin Assay Office inside the band.

One of the earliest stories of the Claddagh ring revolves around a woman named Margaret Joyce. Margaret married a wealthy Spanish man, Domingo de Rona, who often made trades with Galway.

After their marriage, they left for Spain. Along the way, Domingo died, and this left Margaret with a vast fortune.

Instead of traveling on to Spain, Margaret came back home to Galway. She would then remarry Oliver Of French. While he was away on a voyage, she used her own fortune to build bridges connecting Galway to Sligo, and to help with many charitable cases in Western Ireland.

One day while she was sitting alone, an eagle soared overhead. It then dropped a ring into her lap. This was a beautifully exquisite ring, and it was said she was given this for all of her good deeds and generosities towards her people.