1 – The Celts Are NOT From Ireland Or Scotland

Despite the fact that the term ‘Celtic’ has become synonymous with people of Scottish or Irish origin, the Celts were actually from an entirely different part of Europe originally. The Celts don’t really become part of historical record until the 5th Century BC although they were encountered by the Greeks the previous century.

By the time they are mentioned in historical texts, the Celts had already spread out across Spain, France and a number of countries in Europe’s ‘Alpine’ region (Austria and Switzerland among others). According to many scholars however, the Celts originated from Western Mid-Europe as part of the Urnfield Culture which began in 1300 BC. 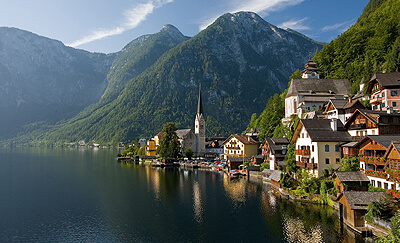 Hallstatt, Austria. Remnants of the Urnfield Culture from which the Celts originated, were excavated here - dating from 1200 BC to 500 BC.

A huge prehistoric cemetery was found at Hallstatt, Austria in 1846 where over 1,000 burials were excavated. The settlement is believed to date from 1200 BC to 500 BC and contains the remnants of the aforementioned Urnfield Culture from which the Celts originated.

There are actually as many as 8 distinct Celtic regions throughout Europe:

Each region had its own culture and language.

However, new research suggests the Celts never lived in Ancient Britain. According to John Collis, an archaeology professor at the University of Sheffield, ancient islanders never called themselves Celts and it was instead a name reserved for those living in other parts of Western Europe. Collis also believes the Celts had settlements in Turkey; this is much further east than was previously believed.

2 – The Celts Did Not Leave Behind Written Accounts

There is scant evidence of any Celtic writing system; although there are some fragments of text, there isn’t any real documentation of past events. In De Bello Gallico, Caesar wrote that the druids didn’t want to trust their learning to writing even though they did use Greek script for their other writings.

Instead, the Celts maintained an oral tradition of learning which was maintained by druids and scholars for hundreds of years. In the Celtic world, learning things by heart was deemed to be a great virtue.

Archaeologists have found remnants of inscriptions in languages such as Greek and Latin at Celtic settlements however. Most of the written accounts of the Celts came from Greek and Roman sources who were naturally biased since they perceived the Celts as the enemy. This is why we have so many documents which claim the Celts were savages; given the source of this information, we need to take these statements with a pinch of salt. We also get a good idea of what Celtic society is like through artwork.

At one time, it was assumed that Celtic tribes had their languages phased out once the Romans conquered them. This is far from the truth as modern versions of Celtic languages are spoken today although Manx and Cornish are no longer extant; Manx for example was classified as being extinct as a first language in 1974. 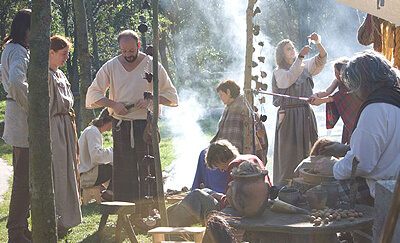 What a typical breakfast scene might have looked like in a Celtic village, people gathering to eat and speak with each other.

Ancient Celtic languages such as Pictish, Lusitanian, Celtiberian and Lepontic are no longer spoken today but may have survived for several hundred years after Celtic tribes were ‘Romanised’. In fact, Celtic languages were spoken until the Middle Ages but began to decline because of the lack of unity between Celtic people. There were a number of disparate groups which fought each other. As the Celts divided, the united Anglo-Saxons managed to stamp their culture across the Celtic tribes.

4 – The Celts Loved To Trade

In around 600BC, the Greeks established the trading colony of Massalia (Marseilles) which paved the way for trading relations with the Celts. The ancient tribes finally got to sample exotic Greek goods such as olive oil and grapes but the most popular import at that time was wine. The Celts probably traded items such as furs, tin, salt and amber which were gratefully received by the Greeks as these items were rare in the Mediterranean.

5 – The Celts Created A Road Network Before The Romans

The early Celts created a trading centre of their own near the source of the Danube river in 625BC. It was the most important trading location in the Celtic world for around 150 years; by 450 BC, the Celts expanded their trading network throughout Europe and traded in luxury goods. At this time, the Celts created the famous Tin Road which began in Massalia and spread to Britain and the Amber Road through the Moravian Gate into modern day Danzig.

Yet this road building skill was not only used for long distance trade; historian Graham Robb analysed the positioning of Celtic towns in Ireland, France and Britain and found the Celts had positioned them deliberately to mirror the paths of their Sun God in what has now been called the ‘most accurate map in the ancient world’. The Romans probably based their road building on what the Celts did and with a lack of written language to outline their achievements, what they did was lost in the mists of time (and Roman propaganda!) 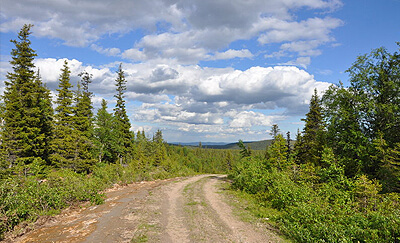 The Celts had created great road networks throughout Europe for trade and expansion, long before the Romans.

6 – The Celts Were Not Primitive Savages

As we mentioned above, the Romans, Greeks and other sources depicted the Celts as primitive savages which is effectively an outright lie. As you can see above, the Celts were able to create a sophisticated and advanced trading network before the Romans themselves achieved such a feat.

While the Romans had the Julian calendar, the Celts had the Coligny Calendar; it was given the name because it was found in Coligny, France in 1897. It is comprised of a variety of metal pieces covered with markings including numbers, lines and holes. It took the world’s best scholars approximately a century to unlock the secrets of this Celtic calendar.

In 1989, it was determined that the finding was a lunar-solar calendar which calculated the time of the year based on moon and sun cycles. The calendar could predict the position of the sun months in advance in what is a remarkably accurate timepiece. In fact, it is even more accurate than its Roman counterpart which is ‘wrong’ by 11.5 minutes every year.

7 – The Celts Were Wealthy

There was a very good reason why Julius Caesar embarked on the Gallic Wars; he wanted money! While the legendary general claimed he was just pushing back barbaric boundaries, historians believe his main goal was to get his hands on the astonishing gold deposits found in Celtic Gaul. 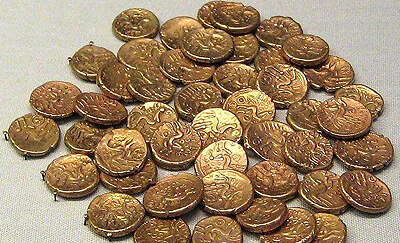 Juliuc Caesar was well aware of the wealth of Celtic Gaul, many believe this was the driving force behind the Gallic Wars.

Caesar was heavily in debt and this military conquest was perfect as it also boosted his political career. It was once assumed the Celts acquired gold jewellery and coins through trade but they had their own gold mines; there were 400 of them in Gaul alone with countless more dotted across the Celtic landscape.

8 – They Were Well Groomed

Again, Roman sources claimed the Celts had long hair, were unshaven and in general, we very dirty and scruffy. In actual fact, the Celts didn’t have a single ‘style’ as it differed from tribe to tribe. It is believed some Celts wore Mohawk hairstyles, presumably to frighten opponents while freemen and commoners that owned land did typically have long hair.

Archaeological excavations have uncovered a host of hair ornaments including hollow golden balls, combs and hair pins. Yet there is also evidence of Celtic men who were clean shaven with short hair. 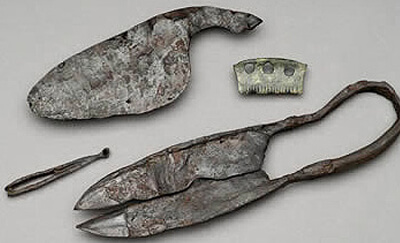 The Celts took great pride in their appearance, as is evident in this collection of Celtic grooming equipment.

In terms of hygiene, it is now believed the Celts introduced soap to the Romans! They regularly bathed and for some tribes, it was mandatory for warriors to have a bath before their evening meal.

9 – They Developed Iron Weapons Before Their Rivals

This is one of the main reasons why they were able to create an empire of sorts in Europe prior to their encounters with the Romans. The Proto-Celtic Hallstatt Culture was among the first groups of people to create swords made of iron; the use of this metal for weaponry became widespread by the 6th Century BC. 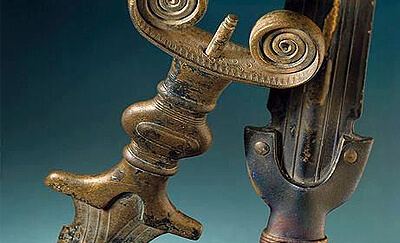 Celtic swords were advanced for their time. the Proto-Celtic Hallstatt Culture were among the first groups to use iron.

Iron replaced bronze which was an inferior material. We don’t really know just how much of an advantage this gave the early Celts as iron swords were in use across Europe by the 5th Century BC. Yet even if their rivals did have iron weapons, they seemingly did not perfect the art to the same extent as the Celts and this probably gave the marauding tribes an early advantage which they seized.

10 – They Were Excellent Warriors

We already know the Celts liked a fight but it is often assumed they were ill-disciplined compared to their Roman counterparts. However, the Celts were actually very well-trained and more than a match for any army they came across. Such was their reputation for fighting that King Ptolemy II of Egypt enlisted the help of Celtic mercenaries during the 3rd Century BC. However, they were a little bit too good for Ptolemy’s liking; he feared they would turn on him so he had them shipped to a deserted island in the Nile! 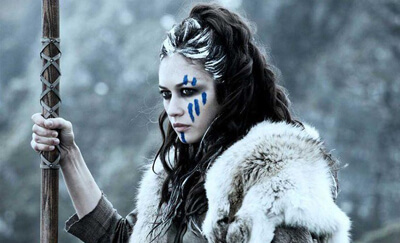 Celtic women often fought alongside the men. Brave warriors on the battlefield, the most renowned was Boudicca - Warrior Queen of the Iceni

One of the reasons why the Celts ultimately lost to the Romans was due to a lack of unity as opposed to a lack of combat training. It was common for Celtic tribes to fight among themselves and this enabled the unified Romans to band together and defeat a dangerous foe.

Incidentally, the Celts did NOT fight naked! They actually used metal plates, chain mail and leather padding as armour.

Hopefully, you found the above information enlightening and perhaps it has helped increase your knowledge of a civilization that is often misunderstood and misrepresented. The Celts were indeed brave warriors but were also great thinkers, inventors, builders and creators. The main thing they lacked was unity and this would ultimately cause their downfall.