After decades of intense study, some experts believe it has a religious purpose. Its most prominent feature is the design which ensures that light enters the main chamber during the Winter Solstice. From 19-23 December, a beam of light comes through the ceiling and illuminates the chamber for up to 17 minutes. 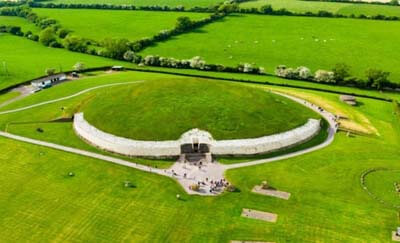 While you can visit Newgrange at any time of the year, only the winners of a special lottery are allowed to see the glorious lights during the Winter Solstice.

The History of the Boyne Valley Complex

Carbon dating suggests that the original Newgrange complex was built sometime between 3,200 BC and 3,100 BC. If accurate, it means the World Heritage site on our doorstep is at least 500 years older than the Great Pyramid of Giza and Stonehenge. The accepted facts state that Stone Age farmers built Newgrange. It is a remarkable feat at 12 meters high and 76 metres in diameter.

It takes the form of a mound located on an acre of ground in County Meath’s Boyne Valley. The 19 meter long passage leads into a chamber with a trio of alcoves. Both are aligned with the rising sun on the morning surrounding the Winter Solstice on December 21st. Ninety-seven stones surround the complex. These ‘kerbstones’ are engraved with megalithic art. 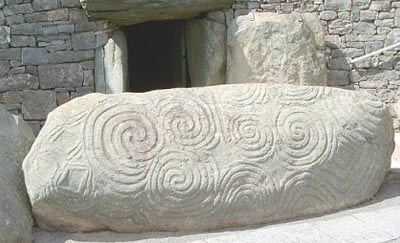 "These ‘kerbstones’ are engraved with megalithic art, such as the triple spiral design."

Visitors flock to Newgrange between the 19th and 23rd of December to view an astonishing spectacle. At dawn on each of these mornings, a tiny beam of light goes through the roof-box and hits the chamber floor. The beam gets wider as the sun rises. Soon, the entire room illuminates. If you ever make it to Newgrange during the above dates, make sure to arrive before 9 am, as this is when the marvel begins to unfold. It lasts for approximately 17 minutes.

UNESCO declared Newgrange and two other Boyne Valley sites, Knowth and Dowth, as World Heritage sites in 1993. Other megalithic passage tombs in Meath include Fourknocks, Tara, and Loughcrew. Here is a quick overview:

It is more accurate to describe Newgrange as a cairn rather than a mound because it is comprised of water-rolled pebbles. Most estimates suggest that the builders of Newgrange used over 200,000 tons of material! A workforce of 300 would have taken approximately 30 years to complete the project.

According to Michael J. O’Kelly, who excavated the site, the workforce was probably divided into several teams with a specific task and level of expertise. He said that the individuals involved in the construction of Newgrange were intelligent and experienced. It is highly likely that the orthostats in the passage and chamber were placed there before the start of construction.

Some have suggested that Newgrange was once as high as 45 metres. In reality however, it was probably never more than 13 metres high. The combined length of the passage and chamber is 24 metres. The builders of the tomb used sea sand to fill in the gaps between the roof stones. They kept the passage dry with burned soil.

The ‘Great Circle’ (GC) is an enduring aspect of Newgrange, although some experts believe it was never a complete circle. Today, 12 standing stones survive out of perhaps 38. The GC’s diameter is slightly over 103 metres. Many of the remaining rocks are diametrically opposite one another; there are precisely 125 megalithic yards between them.

Of the 97 kerbstones, the largest is 4.5 metres long, and the smallest is 1.7 metres. The kerb’s diameter is between 79 and 85 metres. An excavator called R. A. Stewart Macalister tried to expose the whole kerb in 1928. He uncovered 54 stones until an irate landowner halted work.

After its initial use, Newgrange remained sealed for thousands of years. There was little in the way of study of the site until the 1700s, and the entrance to the site wasn’t re-discovered until 1699. The landowner of Newgrange at that time, Charles Campbell, acquired the site in 1688. He saw it as a convenient source of stones for use in fences and roads. In the final summer of the 17th century, his servants came across the entrance stone and its engraved spirals.

Additional digging revealed an opening to a long, narrow passage leading to a large chamber. After notifying Dublin of the discovery, Edward Lhuyd arrived and promptly received credit for finding it! At the time, the British couldn’t comprehend that the native Irish created it. Instead, they believed it was the work of other colonists. 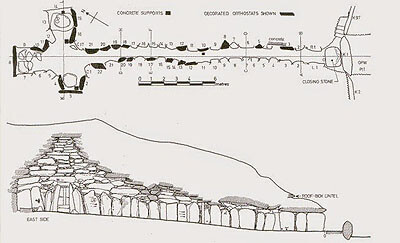 "Further digging revealed an opening to a long, narrow passage leading to a large chamber."

Further excavations led to additional discoveries, and electric lighting was installed in the passageway in the 1950s. By now, it was a significant tourist attraction that enthralled and confounded all who confronted it. Michael J. O’Kelly was in charge of a vast excavation effort between 1962 and 1975. He wrote an exhaustive report which he published in 1982. It helped shed more light on Newgrange, although experts still argue over certain aspects today!

Archaeologists and members of the public have made some exciting discoveries over the years. They have found at least 750 unidentifiable bone fragments, a likely combination of human and animal bones. A large phallus-like stone was discovered close to the site’s entrance. Excavators have even dug up Roman coins, the first of which was found during the initial findings of 1699.

What Was the Purpose of Newgrange?

There are some fabulous examples of art and sculpture at Newgrange. Many experts believe that the complex is among the most exquisite European Neolithic art ever discovered. Kerbstone 52 and the entrance stone are arguably the best pieces on display. One can see the famed tri-spiral design in abundance in the back recess of the chamber.

The original purpose of Newgrange remains open for debate. Many archaeologists believe that the site holds significant religious importance. Perhaps it is a place to worship for a cult of the dead, or else it was a ‘church’ of sorts for a faith based in astronomy. Indeed, the ‘main attraction’ at Newgrange is how it lights up in the days immediately before and after the Winter Solstice. 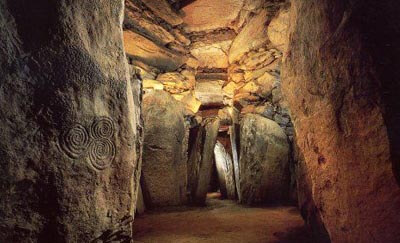 "Many archaeologists believe that the site holds significant religious importance."

To the people of the Boyne Valley, it was the beginning of the New Year, a time to celebrate the rebirth of nature and new life to crops, humans, and animals. There is a suggestion that it was possible to view Venus from inside the chamber at some point during its cycle.

A detailed survey of Newgrange’s passage, chamber, and roof box by Dr. Jon Patrick in 1972 revealed something fascinating. He discovered that the site’s Winter Solstice orientation was an original feature. They were extremely complex constructions intended to improve the length and accuracy of the beam that entered the chamber. Tim O’Brien later discovered that the sunbeam was so accurately framed by the roof box aperture that you could use Newgrange to calculate the precise solstice day!

Today, the first light enters approximately four minutes after sunrise. However, back in 3,000 BC, it would have entered the chamber at the exact moment of sunrise!

It is also believed that they created the circle of standing stones that surround Newgrange. However, one of the stones lies directly on top of a Pit Circle from the Bronze Age. It is probable that the circle once contained many more stones. It was also the final phase of building at Newgrange.

What’s interesting is that the Beaker people didn’t build outside of the Boyne Valley. Archaeologists have found Beaker monuments in Gozo and Malta but nowhere else in the world! In case you were wondering, the ‘Beaker’ period gets its name because of the distinctive pottery created during the time.

It is remarkable that despite intensive study, Newgrange and its sister sites continue to hold many mysteries. It features heavily in Irish mythology and folklore, especially tales written during the medieval period. The Bru na Boinne Neolithic complex had a deep connection with Irish mythological figures.

The 11th century Book of Lecan says that the Dagda built the complex for himself and three sons. The Book of Leinster from the 12th century states that one of these sons, Oengus, tricked his father into giving him the Bru forever. Perhaps it is these tales that give Newgrange its almost mythological feel.

Today, visitors are welcome to enter Newgrange and the other sites, but only via guided tour. Sadly, you need the help of Lady Luck to enter Newgrange during the Winter Solstice. Due to hot demand, you can only see the spectacle if you win a ‘lottery’ that is held at the end of September each year. Overall, 50 names are drawn, 10 for each morning of light. Each lottery winner is entitled to two places in the chamber. 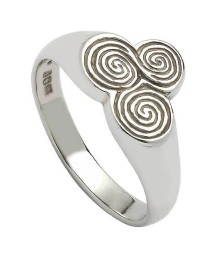 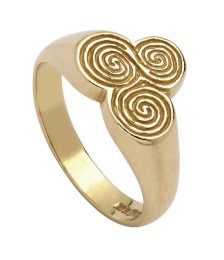 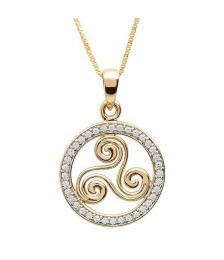 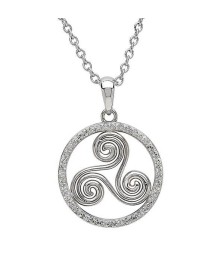