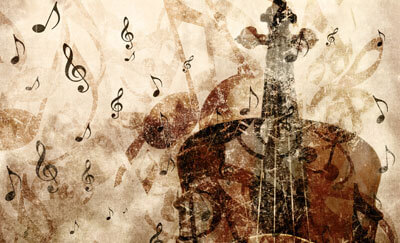 Celtic music has been traced back to the 1600's and is still a popular musical genre today.

Celtic music can be defined also as music of the Celt people and has been around for several centuries. Some of the common instruments heard in Celtic music include violin, lute, flute, bagpipe, harp and several other commonly heard instruments. While Celtic music covers various types of music, it is popular for dancing as well as having music sung as a ballad. Celtic music tends to be as varied as a rousing dance tune or as tender as a song about a mother’s love.

While Celtic music has been traced back to the 1600's, it is still one of the world's most popular musical genres. Musicians such as Clannad, Enya, The Chieftains and The Corrs are some of the more famous Celtic musicians of the day. We have put together a few pages of information on Celtic music for you to browse. We hope you enjoy learning more about this musical genre.

Music was so important to the ancient Celts that a group evolved called the Bards. Bards were wandering singers, storytellers and poets. A scornful Bard could destroy your reputation with a single song.