In the early centuries, Celtic mythology survived as a primarily oral tradition, influenced significantly by the geography of its lands. Sagas and legends were passed down from one generation to the next through storytelling; it was only after the Roman conquest that some of these myths were recorded in writing. Even so, this was often done by Christian monks closer to the 11th century, who recorded the stories themselves, but stripped away the original beliefs and earlier religious overtones. 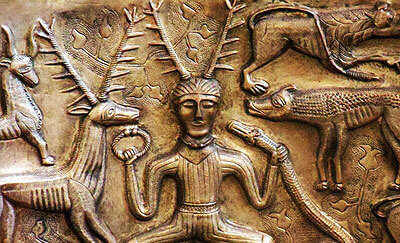 Celtic mythology comes from several regions and different tribes. The bulk of them are from Ireland and also Wales. Additional sources include Cornwall, Scotland, and the French region of Brittany. Celtic mythology is divided into four cycles or groups. The first is the Mythological Cycle that largely details a number of invasions of Ireland by deities or supernatural beings. The second, the Fenian Cycle revolves around the theme of hunting. In the Fenian cycle, a heroic group led by Fionn mac Cumhaill, protects the Irish and Scottish lands. Next, the Ultonian Cycle tells the tale of the Ulaidh tribe through warfare and victory. Finally, the Kings Cycle is a series of inspiring stories based on real kings.

When we look at Celtic mythology today, there are a number of marked similarities between their ancient tales and Christian stories in the Bible. Characters in Irish mythology are varied, but typically include male and female deities, kings and queens, druids or other religious figures, warriors, and animals. Among the most well-known are the Dagda, the chief of other deities and the Morrígan, a goddess of war. These myths were often used as a way of upholding the characteristics and traits that were prized most by the Celts, as well as to demonstrate certain life lessons.

Unfortunately, the long tradition of orally passing down Celtic mythology largely stopped as people in the area were converted to Christianity. Despite this, we can still learn about their incredible stories from writings following the Roman conquests that recorded basic versions of the myths. Indeed, Celtic mythology experienced a revival during the past century. In has even influenced a number of movies, video games, and modern stories such as the Lord of the Rings saga by J. R. R. Tolkien.

Learn more about Celtic mythology, its cycles, characters, and origins from the resources below.

Some of the symbolism found in nature that Celtic mythology is associated with includes: boars for courage and strength; fish or salmon for knowledge; serpents and dragons for trouble; birds for prophetic knowledge; and horses, cattle, and pigs for fertility.