According to fables, Leprechauns are tiny entities that normally take the form of an old man in a red or green coat. They are known to be mischievous little creatures that like to make shoes and store their gold coins in a pot of gold that is hidden at the end of a rainbow. If you happen to capture a Leprechaun, he will give you three wishes provided you let him go.

Most Leprechaun legends can be traced back to the 8th century tales of water spirits which were known as ‘luchorpán’ which means ‘small body’. It is said that these spirits merged with a household fairy and developed a penchant for heavy drinking so no cellar was safe! According to other researchers, the term Leprechaun actually comes from the Irish term ‘leath brogan’ which means shoemaker.

It is interesting to note that Leprechauns are often associated with wealth, particularly gold coins, but they are actually cobblers which you would hardly presume is a lucrative vocation! Nonetheless, the myth of the pot of gold persists and there are still people who go looking for this hidden treasure! 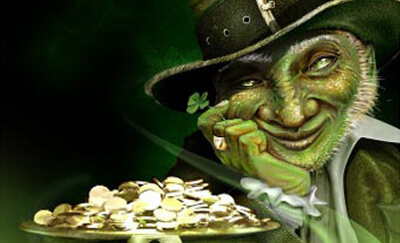 If you are very lucky enough to capture a Leprechaun, he will give you three wishes if you set him free. What would your wishes be?

The Pot of Gold

This is the most common of all Leprechaun myths which says that they find gold coins buried in the earth and store them all in a pot which is hidden at the end of a rainbow. The fact that a rainbow doesn’t have a fixed spot or a real end should be discounted for the sake of the story!

Quite why Leprechauns even need gold is another matter entirely since they can’t actually spend it. Some researchers suggest that this gold is used as a means of tricking humans and given the Leprechauns’ propensity for trickery, this is entirely possible.

In most Irish folklore tales featuring the Leprechaun, he is depicted as a rogue who will deceive whenever he can. In rare cases where humans catch Leprechauns in tales, they are easily outsmarted by the magical creature that often uses a person’s greed against him. Unless you are an expert in all things Leprechaun, there are a few facts about the mystical trickster that may surprise you. 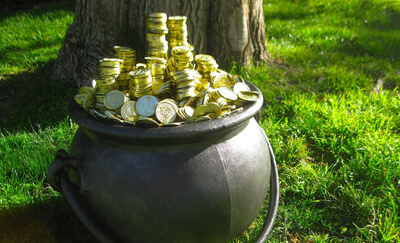 Leprechauns are famous for hiding their pot of gold at the end of the rainbow. Will you go treasure hunting?

The image of Leprechauns has been updated and now the legend serves as something of a tourist attraction which lures a huge amount of American tourists in particular to Ireland. The Leprechaun has really captured the imagination of Americans and features as Notre Dame’s mascot and the symbol of Lucky Charms cereal. Of course, not everything related to Leprechauns is fun or particularly tasteful as can be seen in the awful Leprechaun movies starring Warwick Davis. 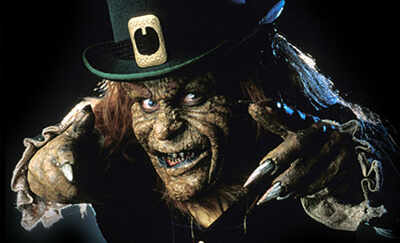 Warwick Davis has starred in all SIX Leprechaun horror movies.

It is fair to say that many Irish people are irritated by the ethnic stereotypes perpetuated by Leprechauns but there is a tale of morality that can be taken from the fable of the Leprechaun. The fact that they often trick people who seek the pot of gold can be taken as a warning to people not to be invested in ‘get rich quick’ schemes.

Additionally, you should not look to take what isn’t yours nor should you interfere with things beyond your understanding. Ultimately, tales of the Leprechaun are not to be taken seriously and should only serve to amuse and delight us.

According to Carolyn White’s A History of Irish Fairies, there is no record of any female Leprechauns existing. This of course means that Leprechauns defy typical laws of biology by surviving and there is no evidence which tells the story of how they breed. The aforementioned book says that Leprechauns are actually deformed children of the fairies.

Though the legend of the Leprechaun is well over a thousand years old, there was a ‘sighting’ as recently as 1989 by a pub landlord called P.J O’Hare in Carlingford, County Louth. O’Hare claims that he heard screams from a well and found the remains and clothing of a Leprechaun which is on display in his pub! The town now has an annual Leprechaun hunt though the object of the game is to find plastic versions of the fabled creature.

Did you know that Leprechauns are actually a protected species under EU law? Carlingford’s Sliabh Foy Loop trail is officially protected land for the 236 Leprechauns that apparently live in Ireland. A local lobbyist group which contains Kevin Woods, a native of Carlingford, managed to convince the EU that the area should be protected and now it is under the European Habitats Directive.