In the modern era, you’ll find the Tree of Life symbol on all manner of items; it is a popular tattoo request, looks fabulous in tapestries and is a stunning design for a necklace or pendant and other forms of jewellery. Yet for the Celts and various ancient cultures, the Tree of Life was an extremely important symbol.

As you may know, trees were a vital element of Celtic culture and in their world, the Tree of Life (crann bethadh) was a representation of how the forces of nature combined to create balance and harmony. In this article, we look at the different meanings associated with the Celtic Tree of Life and briefly look at its importance in other cultures and religion.

There’s no question that the Tree of Life’s origins pre-date the Celts as it is a powerful symbol in Ancient Egyptian mythology among others. There are various designs associated with this symbol but the Celtic version dates to at least 2,000 B.C. This is when carvings of the design were found in Northern England during the Bronze Age. Obviously, this also predates the Celts by over 1,000 years. 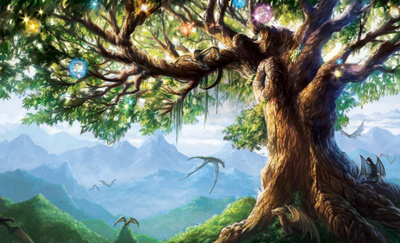 The Norse Legend of the World Tree - Yggdrasil. The Celts may well have adopted their Tree of Life symbol from this.

It would appear as if the Celts adopted their Tree of Life symbol from that of the Norse who believed the source of all life on Earth was a world ash tree they called Yggdrasil. In the Norse tradition, the Tree of Life led to nine different worlds including the land of Fire, world of the dead (Hel) and the land of the Aesir (Asgard). Nine was an important number in both Norse and Celtic cultures.

The Celtic Tree of Life varies from its Norse counterpart in terms of its design which is folded with branches and forms a circle with the tree’s roots. If you look closely, you’ll notice that the design is pretty much a circle with a tree in it.

According to the Ancient Celtic Druids, the Tree of Life possessed special powers. When they cleared an area for the purposes of settlement, a single tree would be left in the centre which became known as the Tree of Life. It provided food, warmth and shelter to the population and was also an important meeting place for high ranking members of the tribe.

As it also provided nourishment to animals, this tree was believed to take care of all life on Earth. The Celts also believed that each tree was an ancestor of a human being. It is said that Celtic tribes would only inhabit locations where such a tree was present. 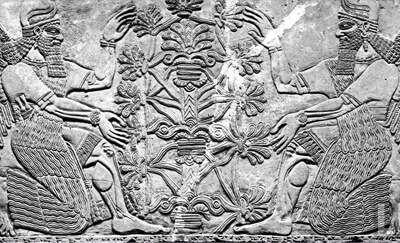 The Assyrian/Babylonian (2500 BC) idea of the Tree of Life, with its nodes is similar to the Celtic Tree of Life.

During wars between tribes, the biggest triumph was to cut down the opponent’s Tree of Life. Cutting down your own tribe’s tree was deemed to be one of the worst crimes a Celt could commit.

Perhaps the central tenet of the Tree of Life is the idea that all life on Earth is interconnected. A forest is made up of a large number of individual trees; the branches of each one link together and combine their life force to provide a home for thousands of different species of flora and fauna.

There are actually a number of things the Tree of Life symbolizes in the Celtic tradition: 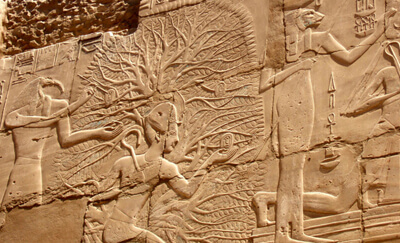 In Egyptian mythology, there are references to the tree of life, and from beneath this tree the first Egyptian gods were born.

The Tree of Life in Other Cultures

As you know by now, the Celts were not the first people to adopt the Tree of Life symbol as something meaningful.

The Mayans
According to this Mesoamerican culture, a mystical mountain on Earth was hiding Heaven. A World Tree connected Heaven, Earth and the Underworld and grew at the point of creation. Everything flowed out from that spot in four directions (North, South, East & West). On the Mayan Tree of Life there is a cross in the centre which is the source of all creation.

Christianity
The Tree of Life is featured in the Book of Genesis and is described as the tree of the knowledge of good and evil which was planted in the Garden of Eden. Historians and scholars are unable to agree on whether it is the same tree or separate ones. The term ‘Tree of Life’ appears another 11 times in subsequent books of the Bible.

China
There is a Taoist story in Chinese Mythology which describes a magical peach tree that only produces a peach ever 3,000 years. The individual who happens to eat this fruit becomes immortal. There is a dragon at the base of this Tree of Life and a phoenix on top.

Islam
The Tree of Immortality is mentioned in the Quran and is different from the Biblical account insofar as only one tree is mentioned in Eden which was forbidden to Adam and Eve by Allah. The Hadith do mention other trees in heaven and while the tree symbol plays a fairly minor role in the Quran, it became an important symbol in Muslim art and architecture and is also one of the most developed symbols in Islam. In the Quran, there are a trio of supernatural trees: The Infernal Tree (Zaquum) in Hell, The Lote Tree (Sidrat al-Muntaha) of the Uttermost Boundary and the Tree of Knowledge which is in the Garden of Eden. In the Hadith, the different trees are combined into one symbol.

Today, the Tree of Life has become one of the most requested tattoo symbols, rivalling the much loved tribal symbol. Most people in the modern era look at trees and don’t give them a second thought. Things were a lot different in ancient times when civilisations loved, respected and revered trees. The meaning and symbolism the Celts attached to trees is a prime example of this as these proud warriors viewed them as magical bringers of life that connected all worlds. 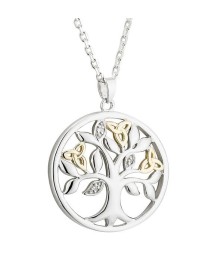 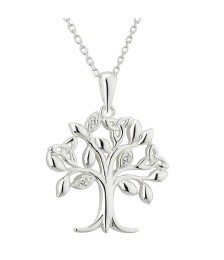 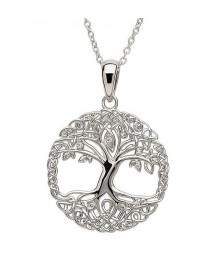 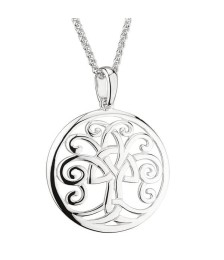 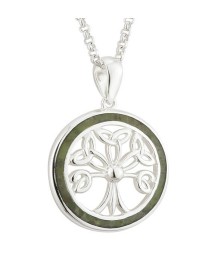 Tree of Life Necklace with Marble 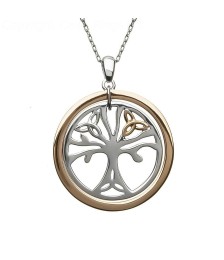