Below, we take an in-depth look at the Trinity knot and outline its history as well as analyzing what it meant to the various cultures that adopted it as a symbol. 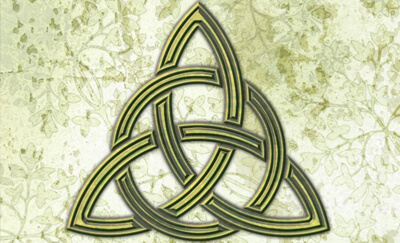 The Trinity knot consists of three corners, some designs also include the circle in the center.

The word ‘Triquetra’ comes from the Latin for ‘three-cornered’ and although its exact origins are unknown, it has been found on Indian heritage sites that are over 5,000 years old. It has also been found on carved stones in Northern Europe dating from the 8th century AD and on early Germanic coins.

The legendary Book of Kells, believed to be from the early 9th century, also bears the Trinity knot symbol amongst its other decorative artwork. It’s likely the Trinity knot had religious meaning for pagans and it also bears a resemblance to the Valknut which is a symbol associated with Odin, a revered God in Norse mythology.

As far as the Trinity knot’s appearance in Celtic culture is concerned, it seems as if the distinctive artwork style developed during Ireland’s Insular Art movement around the 7th century but it is difficult to get a precise date. The Triquetra is deemed to be the simplest knot which may come as a surprise to those of you who believe it is a complex design! 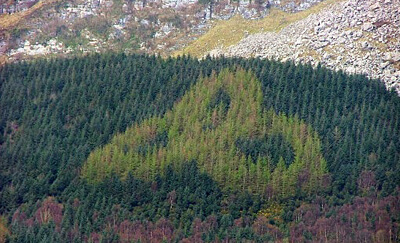 Jim McCabe and his family planted this sylvan Trinity Knot in the 1980s in County Sligo, Ireland.

Along with other Celtic knotwork design, the Trinity knot enjoyed a golden age which lasted until the Norman Invasion whereupon this form of artwork went into decline. Celtic knotwork was essentially kept alive during the dark period due to patronage from Gaelic aristocrats.

By the 15th century, knotwork once again became seen as part of a political and cultural identity and symbols such as the Trinity knot once again began to adorn weapons and jewelry. Yet instances of the Trinity knot being used as decoration significantly reduced from the period of the Jacobean Rebellion in the mid 18th century.

It was not until the middle of the 19th century and the onset of the so-called ‘Celtic Revival’ did we see more cases of Celtic knotwork decoration and representations of the different symbols have been reproduced with regularity ever since.

What Does It Mean?

One of the great things about the Trinity knot is its versatility; it has been used as a symbol in a variety of religions and even today, it has new significance.

In the Christian faith, the three points of the Trinity knot represent the Holy Trinity of Father, Son and Holy Spirit. In its original form of vesicae pisces, it incorporates the fish which is a popular Christian symbol. Occasionally, you may see the Trinity knot enclosed within a circle as a means of emphasizing unity or eternity.

Christians believe the Triquetra began with monks who brought the symbol with them along with their faith when converting the Celts. Yet many historians believe original knotwork symbols such as the Trinity knot are Celtic in origin. However, at least one eminent historian believes the Trinity knot is not related to the Holy Trinity at all. 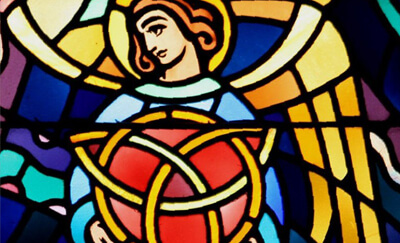 The Christians used the knot to symbolize the Holy Trinity and added a circle to represent eternal life.

According to John Romilly Allen in his 1903 publication ‘Early Christian Monuments of Scotland’, the Trinity knot was used primarily for ‘ornamental purposes’ and the assumption that it stands for the Holy Trinity is unfounded. He goes on to say that any symbolism held by the Triquetra probably comes from the pagan era where it more than likely had an affinity with the Triskele.

In the 1940 publication ‘Irish Art in the Early Christian Period’, Francoise Henry states his belief that the Trinity knot probably stood for the Holy Trinity but leaves the question open.

According to the Celts, the most important things in the world came in threes; three domains (earth, sea and sky), three elements, three stages of life etc. It is also possible that the Triquetra signified the lunar and solar phases. During excavations of various archaeological sites from the Celtic era, a number of Trinity knot symbols have been found alongside solar and lunar symbols.

In The Modern Era

As is the case with a lot of Celtic symbolism, the Trinity knot has been assigned a host of new meanings in the modern age. One of the best known uses of the Triquetra comes from the hit TV series Charmed, featuring three sisters who happen to be witches. The trio function as a single entity and the symbol appears on the cover of their ‘Book of Shadows’; when the power of three is intact, so is the symbol on the book but when the power of three is divided, the symbol is not united.

The Triquetra has also been used in several more TV shows and can be seen on clothing lines, the cover of CDs and on a host of other ornate artistic designs.

The Versatility of the Trinity Knot

If all of the above isn’t enough, here are a few more meanings:

With such an array of potential meanings, the symbolism attached to the Trinity knot should never be rigid. This is because of the scant evidence available; however, far from being a bad thing, the fact the meaning of the Trinity knot is open to interpretation ensures that each of us can derive our own special meaning. 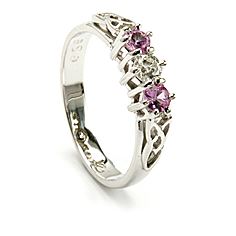 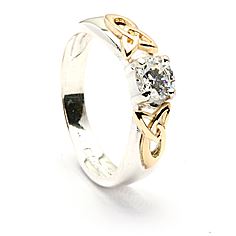 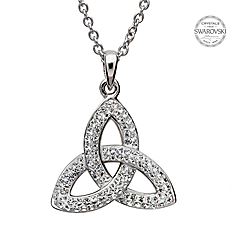 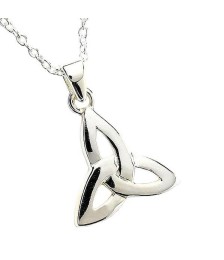 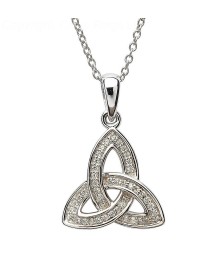