Home> Fairy Stories> How to Catch a Fairy

Sensing the Presence of Fairies

First and foremost, you will not even be aware of a fairy unless you attune your mind because fairies don’t just appear in front of humans. If they did, there would probably be 100,000 times the number of sightings! The first step is to keep your senses open and let your imagination guide you towards the most likely fairy spot. This could be a tree, flowerbed or river although Teresa Mooney in The Fairy Bible suggests that fairies are best found at “places in between.” She is, of course, referring to a place that is between the human and fairy realm. 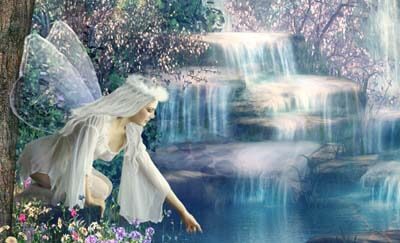 "..keep your senses open and let your imagination guide you towards the most likely fairy spot."

According to Mooney, such locations have “a shift in energy pattern, which makes them more suitable for fairies.” As such, your search may well take you to crossroads on country lanes because fairies are always linked with nature. It is possible to find fairies in your home in a corner or hidden away in a cupboard.

Once you have found a location that feels ‘right,' drink in the atmosphere and don’t try to find the fairy. At some point, you may ‘feel’ an unusual sensation in your body and on occasion, it’s possible that something could seem to appear right at the edge of your peripheral vision. If you turn around, the fairy will vanish, so stay still!

Making a Connection with Fairies

Given the rarity of sightings, it is clear that fairies are exceedingly wary of humans. After all, they spend much of their time helping nature thrive while we spend most of our time ruining their good work! In simple terms, you can only ‘connect’ with a fairy if you can prove that you’re worth knowing.

Your actions will depend on your environment. For example, if you want to find fairies in nature, take time to explore its wonders; fairies will also take note if you keep coming to the same spot. Find a ruined area of nature and tend to it; pick up litter, clear weeds or get rid of the boulders that are blocking a stream. 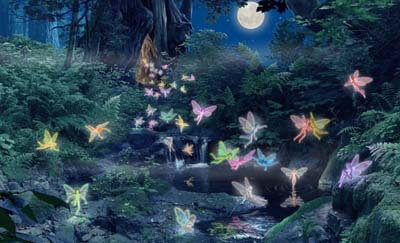 "..allow yourself to drift into bliss, and maybe you will receive a sign that the fairies are close by."

Fairies connect with creativity so play a musical instrument, write, paint or draw. It is also worth meditating in an ‘in-between’ place as this action could help you shift consciousness, so you are closer to the level of the fairies. Relax and focus on a particular spot; allow yourself to drift into bliss, and maybe you will receive a sign that the fairies are close by.

While you may know that fairies have a link with nature, did you realise that they live in very different areas? There are water, air, fire and earth fairies along with house, tree, weather, and flower fairies. Catching a water fairy is a completely different process to catching an air fairy and so on. Below, we show you how to catch fairies in four of these environments.

Famous water fairies include The Selkie, The Nereid, The Kelpie, and The Nix. These fairies are usually seductive and beautiful, but some have a dark side so catch them at your peril! While you may be tempted to seek an underground cavern, you can catch water fairies in lakes and streams. 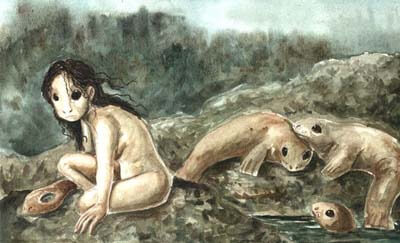 Famous water fairies include The Selkie, The Nereid, The Kelpie, and The Nix.

The first step is to become captured in the moment as you enjoy the waters provided by nature. Water fairies respond to music so if you can play a musical instrument or sing, do it! Spend some time cleaning the area or helping aquatic animals and look for signs such as oddly shaped shells or stones; they could be fairy gifts. Relax and unwind and maybe you’ll be one of the few people to ever see a water fairy.

Well-known fire fairies include Dragons, the Djinn, Brighid, and Will-o’-the-Wisps. Experts in the field believe that fire fairies are the hardest to catch. The obvious way to communicate with them is by starting and tending to a fire, outdoors if possible. However, it is said that you can see ‘fire pictures’ in an open hearth if you focus and allow yourself to drift into a daydream-like state. A spark jumping out may be a way of communication for fire fairies.

If you wish to attract one indoors, avoid using microwaves at all costs as fire spirits believe this is an insulting act! Make fire the old-fashioned way and play some energetic music to attract them. Even a simple lit candle could be enough to invite a fire fairy into your life. In rare cases, a fire spirit will leave an unusually shaped gold gift. You are truly blessed if you receive it!

Some of the best-known earth fairies include Leprechauns, Dwarves, Gnomes, Pixies, and Cernunnos, the God of the Wildwood. You will not catch an earth fairy if you spend your life abusing your body! If you take drugs, alcohol, caffeine or nicotine, cast those habits aside and cleanse yourself before trying to communicate with earth fairies.

If you do this, you’ll find that earth fairies are among the easiest to find as they are creatures of habit and tend to stay in one place. The love gardens and greenery and are said to dance amongst the flowers with joy at the end of an extremely warm day. When outdoors, allow your feet or hands to make contact with the earth and don’t be afraid to play a soft rhythm on the ground.

Stay quiet, relaxed and don’t go looking for the earth fairies. Be aware of any movements you see out of the corner of your eye and remember, shy animals could be fairies in disguise. Gnomes are known for giving humans they like a gift such as a gold coin or jewellery.

Important air fairies include Vila, Odin, Hermes, Sylphs and the Irish spirit known as The Leanan Sidhe. Legend has it that sylphs are everywhere, so they are your best bet if you want to catch an air fairy. 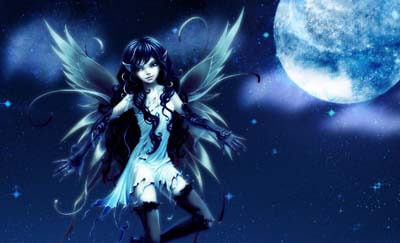 A good tactic is to wait for a fresh, sunny and breezy day before going to the top of the highest hill in your locality; the more isolated it is from civilisation the better. If the breeze suddenly stops but you feel something around your head and shoulders, it could be a sylph. You must also take note of the clouds to see if any unusual shapes or clusters could be construed as a message.

Activities such as flying a kite or playing a flute are also said to help you connect with sylphs. In certain cases, a sylph will appear as a bird or butterfly that gives you a feather as a gift or else they give off a beautiful fragrance. Some people say that if you hold out a piece of blue-lace agate and a feather, the sylphs will empower the stone.

In a future article, we will look at how to get to Fairyland, and while it is the most likely way to meet and catch a fairy, it is possible to find them in our realm. Regardless of the ‘type’ of fairy you wish to locate, it is essential that you reconnect with nature because fairies are the essence of the natural world.

It is also true that you’re more likely to catch a fairy at certain times of the year; the following is a list of Fairy Festivals and their dates.

A couple of final points. First, please remember that fairies prefer terms such as the Fair Folk and they are intensely private. Anyone who is fortunate enough to come in contact with them must keep the news to themselves or lose their connection forever. According to the famous Middle English short story, Sir Launval, written by Thomas Chestre, in the 14th century, Launval was a knight in King Arthur’s court but lost his status and became an outcast.

One day, he met a beautiful woman called Tryamour who was the daughter of the King of the Fairies. She gave him fabulous wealth and a magic bag where he could always find money on the condition that he became her lover. However, he was not allowed tell anyone of his good fortune. Alas, he spoke about the fairy, and she crumbled into dust. Launval was lucky because Tryamour forgave him, but it is a cautionary tale.

Secondly, don’t always assume your meeting with the fairies will go smoothly as some are malevolent creatures; not many people would like to be face-to-face with Cernunnos! In Dagmar Friest’s Living with Religious Diversity in Early-Modern Europe, he writes about the career of famed writer, John Aubrey. Aubrey once told a story of how his local curate encountered fairies dancing in a circle in the Downs in 1633. The curate was unable to move when he found the fairies and they began pinching and harassing him until he fell unconscious!

In other words, when you try to catch a fairy, be very careful that you don’t become the prey!